Jesse and I ventured into the depths of Marin yesterday to check out a new, much-heralded trail, the Phoenix Lake Trail, after consulting with our trusty Trail Runners Guide book.

Our go-to source for trail inspiration.

Jesse had a feeling that this trail had been the turnaround point for several of his solo bike rides when he first moved to San Francisco (and subsequently didn’t know the names of the towns he biked through); as we neared the trailhead his suspicions were confirmed. The book warned us about the sparse parking situation due to the trail’s popularity on the weekends, and we ended up parking almost a mile away and running into the park. The trail was ripe with plenty of hikers and runners, even though we started the trail relatively late daylight-wise, around 2:30pm. The Phoenix Lake Trail is in Ross, a picturesque, quaint town filled with large ranch homes and beautiful, sprawling properties.

The trail was one of the best we had ran on in months: the fire trail and singletrack were well-maintained and climbed enough elevation to be challenging without being impossible (about 1,000 feet overall). Jesse said that it reminded him of the run course at Wildflower. With Jesse (and an iPhone photo of the Phoenix Lake Trail page) as a trusted navigator, we followed the book’s directions for a six-mile loop around the lake. 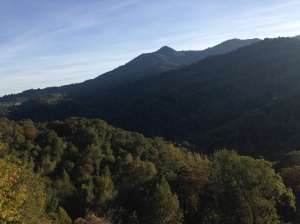 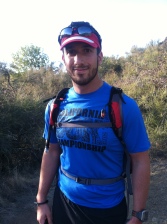 One of the great things about this trail is the endless possibilities. With so many other trails shooting off of the route we took, this run could have easily ended up as a very long training run, perfect for our trail half marathons scheduled for February and March. 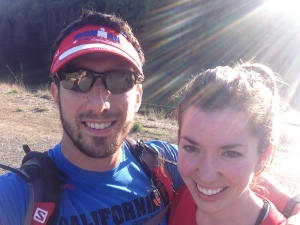 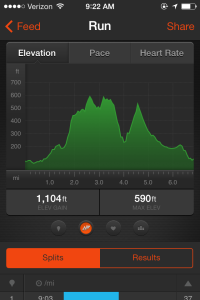 Between yesterday’s seven-mile run and Saturday’s 3.5 mile run and gym workout and Jesse’s 40-mile bike ride with his friend Cole, this weekend was a great weekend of workouts following last weekend’s 50K. We will definitely be back to Phoenix Lake Trail.