I’ve never been a late sleeper.  As a toddler, I drove my parents crazy with my 5AM wakeups and demands for “tape on” – my polite way of asking for Teenage Mutant Ninja Turtles to drown out the sound of birds chirping.  Although I no longer watch my VHS tapes before dawn, I still opt to start my day while most people are sleeping, and I try my best to keep my routine in tact when I travel. 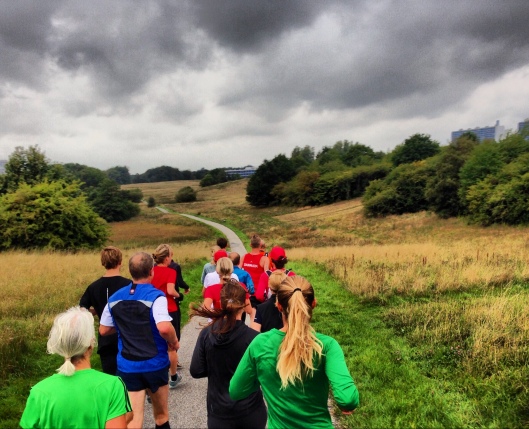 Enjoying some rare elevation outside of Copenhagen city center

After a Friday night hangout at my boss’ house in Copenhagen, a long day of work, unrelenting jet lag, and a few more episodes of Game of Thrones than I’d like to admit, I was absolutely shot on Friday.  What followed on Saturday was highly unusual and something that undoubtedly made Taylor proud: I slept until 1:30pm.  With an early start out of the question, I shifted my focus to how I could best utilize my time, and jumped at the opportunity to join one of my colleagues at his running club on Sunday morning for a 15K.

I even found some single-track

Sparta Atletik is the biggest running club in Copenhagen, and one of the largest in Denmark. They sponsor major races throughout the course of the year including the Copenhagen Marathon. Part of their popularity stems from the weekly runs: they have a series of pace groups that heads out for long runs every Sunday, and most runs incorporate a mixture of dirt trail and race courses. I joined up with the 8:20 pace group, again marveled at the popularity of three quarter length spandex amongst middle aged male runners, and embarked on a run around city center.

Getting a pep talk before our big hill climb

My experience was extremely positive overall, but it was not without some quirks: